Canada is reopening with successful job additions every month 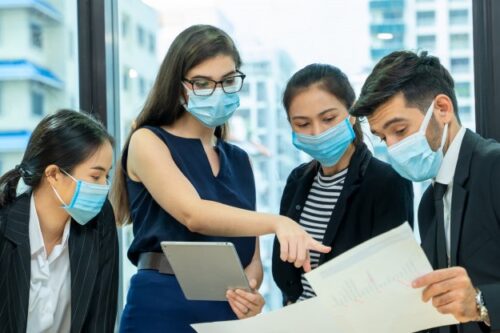 The statistical report of Canada’s labour market shows 0.1% points fall last month to 8.9%. In October 2020, Canada added 84,000 new jobs and that is slower but a good growth comparing to the previous months’ situations. In August & September, only 378,200 jobs were created in the Canadian labour market.

All over October, the Canadian government eased the restrictions leisurely taking the COVID-19 pandemic and increasing viral cases into consideration and steadily opened the job market.

At the same time, there was very little change in the unemployment rate compared to September, according to Statistics Canada’s  latest Labour Force Survey.

Since October starting the unemployment rate was 0.0% but by the end of the month, it decreased and went to 8.9%, which is a noticeable growth in this pandemic.

Also, the report says that,

“For the first time since the start of the COVID-19 pandemic, the number of self-employed workers increased by 33,000; among those who worked at least half of their usual hours, the number working at home also increased by 150,000.”

Women under the age group of 25-54 have seen the most benefits from the increase in employment. Comparing to all other age groups, youth employment remained well below pre-pandemic levels.

In October, provinces like Ontario, British Columbia, Alberta, Newfoundland and Labrador, and Prince Edward Island have performed well and shown a healthy increment in employment rate and other provinces have shown basic changes in employment rates.

Firstly, British Columbia gained 34,000 jobs in October and most of them were full-time.

Then Alberta added 23,000 jobs in October and most of the growth was seen in Calgary. This increment showed a great hike in its employment rate for the fifth consecutive month after passing through a large number of job losses.

Employment in Newfoundland and Labrador increased by 5,900 in October, and in Prince Edward Island by 900.