How to Immigrate to Nova Scotia, Canada 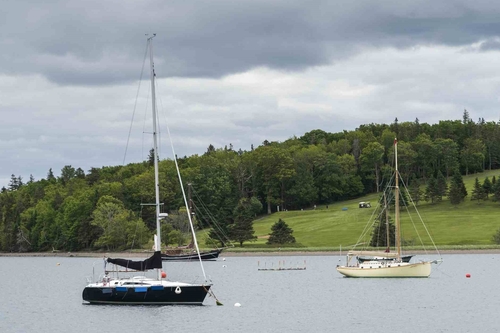 Economic immigration to Nova Scotia resulted in the province welcoming 5,875 new permanent residents during the last full year before the pandemic, accounting for 77.5 percent of the 7,580 who made the province their home in 2019.

“We are projecting a 4.2 percent expansion for Nova Scotia this year, more than reversing the three percent decline in 2020,” economists Beata Caranci, Derek Burleton, Rishi Sondhi, and Omar Abdelrahman wrote earlier this year in their TD Economics Provincial Economic Forecast.

According to TD Economics, the construction and finance, insurance, and real estate industries will contribute significantly to the province’s overall economic activity this year.

“September employment gains were concentrated in full-time work and among people in the core working age group of 25 to 54,” according to Statistics Canada’s September Labour Force Survey.   “Increases were spread across multiple industries and provinces.”

Despite the pandemic’s public health restrictions and border closures, Nova Scotia has already welcomed 44.7% more new permanent residents in the first nine months of this year than it did in the entire year of 2020.

It is open to employees who have a permanent job offer in one of two National Occupational Classification codes:

As well as a job offer from a Nova Scotia employer that corresponds with their fields of study, international graduates must also have completed at least half of their courses in the Atlantic province.

The NSNP has nine different streams, with a three-month processing time for applications. The nine streams are as follows:

Nova Scotia offers the Study and Stay program to help international graduates from China, India, and the Philippines stay in the area after they graduate to build their careers. The province previously operated a Nova Scotia Demand: Express Entry stream, but it was closed permanently as of Jan. 4, 2021

Then, there’s the Atlantic Immigration Pilot, an employer-driven group of three programs: