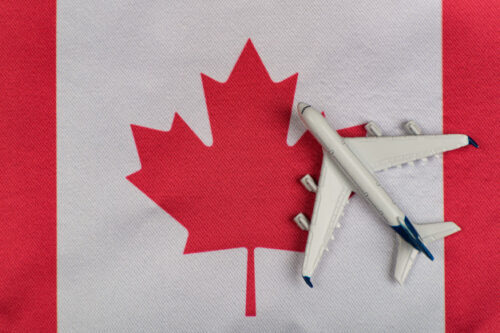 Where should you settle in Canada if you want to immigrate? More over half of all immigrants to Canada opt to live in one of three cities: Toronto, Montreal, or Vancouver. So, does that mean you should pick one of these three cities at random? Is there anything else to consider when deciding where to live in Canada? And how should you go about making your decision?

Between 2013 and 2019, the number of immigrants settling in smaller Canadian cities increased by 45 percent. In Canada, the number of immigrants settling in Census Metropolitan Areas increased by 40%. Communities and villages in the surrounding areas of cities are frequently included in these areas. In contrast, between 2013 and 2019, immigration into Canada’s four largest cities increased by only 9%.There are 163 and 128 immigrants per 10,000 people in Toronto and Vancouver, respectively. This isn’t as remarkable as it sounds because 14 other smaller Canadian cities had immigration rates of above 100 per 10,000 people.

The epidemic may have brought to light the drawbacks of living in congested cities with overburdened public services and other resources. The numbers, on the other hand, plainly suggest that skilled immigrants entering Canada are choosing other cities.

So, the whole big-cities-are-the-best point just doesn’t make sense. Instead, consider the advantages and disadvantages of choosing the ideal city to immigrate to Canada, regardless of its size.

There is no way for a city, province, or region to continue to grow indefinitely. Skilled personnel is attracted to companies that are growing. Then, as more people move to the city, growth becomes stagnant. People leave in search of better alternatives. Then, thanks to favorable government policies and other circumstances, growth picks up again, and the cycle repeats itself. Choosing a location or destination that has not yet reached saturation point is the best method for you and your family to grow in Canada. Today, big cities like Toronto and Vancouver may appear to be ideal choices, but will they be in 20 years? When comparing cities in Canada, you must pose this question.

Employers in Toronto are not obligated to provide any kind of settlement help to newcomers. On the other hand, the Atlantic Immigration pilot requires employers to collaborate with settlement service providers in order to assist immigrants in relocating and settling in Canada. So, do officials want to increase immigration to Toronto or the Atlantic Provinces? Isn’t the solution self-evident? Provinces that received the most immigrants experienced the strongest economic development between 2009 and 2019. This means that there is a lot of rivalry among Canadian provinces to attract skilled immigrants, and it’s up to you to take advantage of it.

When comparing Canadian cities, keep an open mind. Just because a city is small or unknown does not rule it out as a viable option for you. Is it secure? Is there a sufficient number of jobs? Is it possible for you and your family to live a happy life? What about educational resources? What are the public facilities like? Are employers paying more than the national average? If you answered yes, then choosing a place like this is clearly preferable to sticking to Toronto or Vancouver blindly. Then, using the relationship between immigration and economic growth, eliminate undesirable possibilities. A city that attracts competent immigrants will grow at a quicker rate than its counterparts. As a result, you can avoid low-growth cities because they are unlikely to offer growth.

Finally, understand the significance of collaborating with specialists. You’ll need someone who is familiar with Canada, its economy, and its immigration system, as well as how all of these factors must be considered while developing your immigration strategy. An immigration professional who can assist you in finding work in Canada, comparing cities and provinces, analysing different immigration programmes and streams, and assisting you with the application procedure can make a significant difference in your prospects of coming to Canada swiftly.