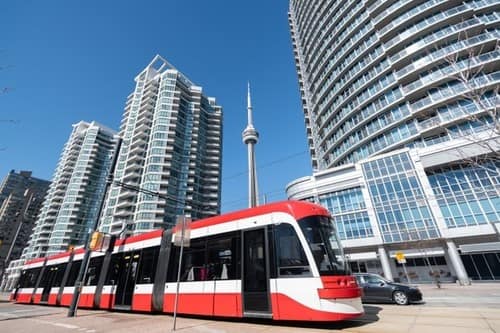 Ontario is the favoured destination for the majority of foreign skilled employees and international students seeking a future in Canada, as it has the greatest population and the fastest-growing economy of all Canadian provinces.

Ontario’s economy is one of the country’s three largest. It is a manufacturing powerhouse, accounting for about half of the country’s manufacturing GDP. Automobiles and car parts, as well as machinery, mining, and the plastics industry, are all important industries. Despite the province’s robust manufacturing infrastructure, the service sector accounts for about 80% of its GDP. This is due to the fact that Toronto, Canada’s capital city, and the Greater Toronto Area (GTA) have become the country’s most important technological centre. After New York City and Silicon Valley, the province is North America’s third-largest ICT (Information and Communications Technology) hub. Every year, more than 150,000 tech jobs are created in the province, which has roughly 15,000 businesses. Furthermore, this province is home to the country’s largest biotech cluster. Ontario’s service sector has grown as a result of proactive government measures to attract digital expertise, chaotic US immigration policies that have led to tech companies relocating to Canada, and Canada’s stable and predictable economic environment. The rate of growth of the province’s tech sector may be seen in the fact that total tech employment produced in the province outnumber the number of tech students graduating from the province’s various universities.

In 2019, the GTA absorbed a third of Canada’s overall immigrant intake. Immigrants make up about half of the province’s population. In addition, the province sees a continuous stream of international students, professional employees, and business owners. As a result, a foreign worker or student can expect a diverse and cosmopolitan neighbourhood. Housing, language, health, and other aspects of living and settling in Canada are all covered by the province’s more than 200 settlement support centres. Looking beyond the GTA for easier immigration prospects is an important recommendation for a foreign worker or student. The cost of living in Toronto and the surrounding areas is higher, and the great demand for immigrants means that even the smallest disadvantage in terms of education, work experience, or language abilities can jeopardise your immigration prospects. Instead, work with an experienced immigration professional to look into options outside of the GTA that can help you land a job offer or acquire the 600-point CRS score boost you need to be invited to apply for permanent residence.