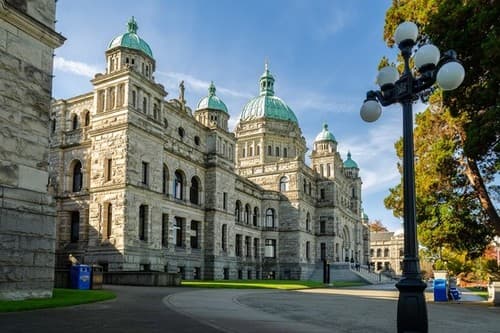 British Columbia, along with Ontario and Quebec, is one of the big three Canadian provinces that draw the majority of qualified employees and international businesses looking to settle in the country. British Columbia, Canada, has consistently outperformed the rest of the country due to its strong economic infrastructure and ability to attract and retain international talent.

The service sector dominates British Columbia’s economy, accounting for 75 percent of the province’s GDP. The province’s service-based sectors are concentrated on the West Coast and in other major areas. Aerospace, clean technology, forestry, mining, information and communications technology, and life sciences are all important contributors to the province’s GDP. Tourism is a significant industry that accounts for 10% of the provincial GDP. So, in cities like Victoria, Vancouver, and others, a skilled worker specialising in a service-sector career like hospitality, travel and tourism, or even technology will find employment. This is most likely why over 85 percent of the province’s population lives in cities, with 60 percent concentrated in and around the Vancouver area. This isn’t to say that BC isn’t home to resource-based or manufacturing-based companies. The province’s primary resource-based sectors include mining, agriculture, and forestry, all of which are concentrated in the province’s rural areas. In terms of GDP growth and employment data, BC has regularly outpaced other provinces as well as the Canadian economy. Between 2010 and 2018, British Columbia’s GDP increased at a rate nearly double that of the rest of the country. The population increased at a faster rate than the national average. As the economic recovery improves, this province is predicted to recover faster from the epidemic, resulting in stronger GDP growth and a faster reduction of unemployment.

Living in Canada conjures up images of a bitterly frigid climate with plenty of snow and ice. While this may be true in northern Canada, British Columbia’s location on the west coast makes it an excellent spot to reside for those who prefer temperate weather. With warm summers and moderate winters, the coastal region around Vancouver and Victoria offers the ideal climate. Vancouver is also one of Canada’s top five cities for luring immigrants. More over ten percent of the province’s population speaks a non-English first language such as Chinese, Punjabi, or Korean, demonstrating the province’s global characteristics. In terms of quality of life, Vancouver has routinely placed #1 in North America and among the top five cities in the world. On the other hand, high population density in urban areas equals high living costs, particularly in terms of affordable housing in cities like Vancouver. While BC should be a top choice for a foreign worker or student looking for a bright future in Canada, a sensible and strategic approach would be to avoid overcrowded cities and look for school or job possibilities in the province’s interiors.