Toronto is ranked as the world’s second safest city 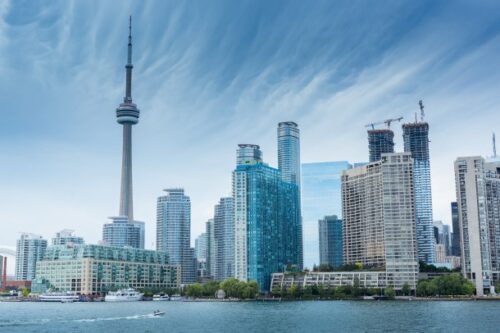 After Copenhagen, Toronto is the world’s second safest city. Yes, you read that correctly. The Economist Safest City Index 2021 ranks Toronto, Canada’s most populous city, second safest city out of 60 cities worldwide. The survey evaluates cities based on 76 criteria, including digital, health, infrastructure, personal, and environmental security. The major indicators are classified into inputs of safety — such as personnel or policies dedicated to some area of security — and outputs, which might range from air pollution levels to crime rates, according to the paper.

Thanks to the new environmental category, Toronto moved up from 6th place in 2019 to 2nd place in 2021. The city had an overall score of 82.2 out of 100, whereas Copenhagen received an overall score of 82.4. The city’s plan for sustainable growth, waste management, health care (particularly in light of the Covid-19 outbreak), and other factors are used to determine the scores. Due to the pandemic that affected practically every area of the globe, this year was unlike any other. Health care and urban safety become obvious issues of discussion in such a setting. In addition to healthcare services and the physical environment in metropolitan areas, the survey addressed the crucial pillar of environmental security in 2021. It tracks indicators such as the amount of urban tree cover and the rate at which cities are experiencing water stress.

Toronto also did well in the areas of infrastructure and environmental security. The Canadian government’s response to the Covid-19 outbreak helped Toronto earn a spot among the top ten safest cities in the world. Toronto is also a leader in education, with the University of Toronto ranked second among public universities in North America.

According to the report, here are the world’s top 10 safest cities